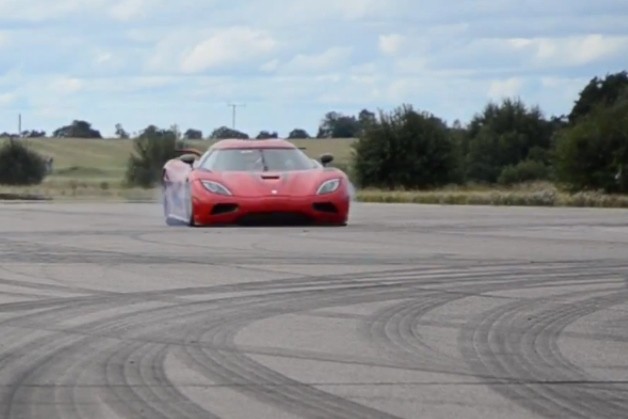 Koenigsegg is officially amazing, at least according to the Guinness Book of World Records. The well-known record-keeping organization has granted the Koenigsegg Agera the record of quickest 0-300-0 kilometers per hour by a two-seat production car. The time? A scant 21.19 seconds, recorded at the Angeholm Airfield in Sweden on September 2, 2011, with Robert Serwanski behind the wheel.

That’s just over 186 miles per hour, then back to a complete stop, in 21 seconds. Yowza. That’s not the only impressive feat accomplished that day by the Agera, though it is the only one that was certified as a world record by Guinness. For the record, Koenegsegg’s masterpiece scooted to 300 km/h in 14.53 seconds on its way to 200 mph in 17.68 seconds. It can stop with equal alacrity, taking an evil 6.66 seconds to halt from 300 km/h and 7.28 from 200 mph.

The final stat is arguably the most impressive: 0-200 mph and back to 0 in just 24.96 seconds. Want to know what’s even better than that? The fact that it was all recorded on video. Click past the break to see for yourself.